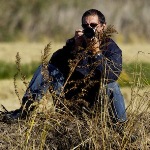 A veritable crime thriller has been taking place in Šumava National Park, Czech Republic, over the last months and years as conservationists and politicians battle over what should be the true purpose of this park.

Šumava, which is a transboundary protected area with the German Bavarian Forest National Park, forms part of the largest, best conserved and most species-rich forested area in Central Europe. It is home to vital populations of animals that are rare elsewhere on the continent, such as lynx (Lynx lynx), Ural owl (Strix uralensis) and Eurasian elk (Alces alces). Beautiful mountain forests, peat bogs and other wetlands, glacial lakes and flower-rich meadows make up the landscape.

Large parts of the park are unspoiled forest habitats which justify its designation as a national park or Category II Protected Area, according to IUCN’s Categories for Protected Areas Management. National parks that fall under this definition have large natural or near-natural areas set aside to protect large-scale ecological processes and the species and ecosystems depending on these processes.

However, for some years now, activities in Šumava could be questioned for not being in line with these requirements. Conservationists have been particularly critical of interventions intended to prevent the spread of bark beetles (Ips typographus). The spruce (Picea abies) monocultures which dominate Šumava’s forests are an easy feast for the pest beetles, and whole areas of the park have been clear-cut in the past to prevent the beetles from spreading to commercial forests.

But if these measures have already caused concern for interfering too much with natural processes, then the curtain has now lifted on a whole new chapter of the conflict:

When a new Minister of Environment and a new director of Šumava National Park were appointed in 2011, a revised management law for the park was proposed to the Czech Parliament. This law has caused outcry amongst conservation organizations, including Greenpeace, Friends of the Earth, BirdLife and many local groups.

Besides from effectively reducing the planned core zone of the protected area to only 35% of its total area by 2057, the law has other major flaws from a conservation point of view.
It would allow commercial logging in two-thirds of the national park and interventions to prevent the spread of bark beetles would be permissible in nearly all parts of the park, even including clear-cutting in some parts of the core zone.

The Minister and the park’s management are hoping for positive effects on tourism and the local economy, but conservationists raise an alarm.

They point out that while vast areas that are covered with dead trees following a bark beetle invasion might not be a pretty sight, it is still crucial to not intervene with these natural dynamics in national parks.

Dead wood provides habitat for many birds, insects and other species. Old trees are an excellent substrate for germination of a new tree generation and protect rejuvenation from damage by deer, snow, dryness and erosion. Last but not least, large near-natural areas in national parks also serve as reference systems for science. The environmental groups even accuse the park management of using the beetle as a welcome excuse to carry out commercial logging.

The drama reached an interim culmination when in summer 2011, activists chained themselves to trees that had been dedicated for logging, and were ousted forcibly by the police after more than a month of blockade.

IUCN’s World Commission on Protected Areas in early 2012 sent an official letter to the Czech government to express its concern about the new management law for Šumava.

A decision on the law has been postponed, but the crime story continues: The EU Commission is now criticizing logging operations in the park and is investigating options for legal measures.

A proposal for a ski lift in the park’s core zone was published recently. Now, the park’s new director Jiri Manek announced that he plans to change Šumava’s classification from IUCN Category II (National Park) to a protected area under IUCN Category IV (Species and Habitat Management Area). This category allows for increased human intervention, and Manek’s announcement is unanimously perceived as another set-back for conservation.

Bite your nails as we await further decisions on Šumava’s destiny.
http://portals.iucn.org/blog/2012/08/09/sumava-national-park-to-beetle-or-not-to-beetle/ 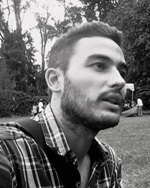